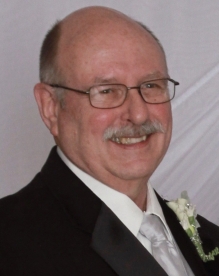 Bill Ebert, 76, of Goodman, passed away peacefully on Tuesday, July 7, 2020, at his home surrounded by his family. He was born in Goodman on June 12, 1944, the son of the late Earl and Mary (Wood) Ebert. Bill was united in marriage to Theresa Mazur in Armstrong Creek on October 7, 1995.

After graduating from Goodman High School in 1962 Bill attended Dunwoody College of Technology in Minneapolis where he studied auto mechanics. After college he worked as an auto mechanic and then served in the United States Army with the 5th Surgical Hospital as a mechanic while stationed in Germany. After being honorably discharged in 1970, Bill worked at American Graphics in Goodman for a number of years. During that time he was also an entrepreneur and owned his own business, Village Grinding, sharpening dies, knives and blades. He then worked at Gunville Trucking in Niagara as a shop supervisor for several years. Bill always wanted to be a small business owner, so after he and Theresa were married they started their own business and successfully owned and operated Trail’s End Saloon in Goodman for almost 16 years. Bill was very involved in the Goodman community throughout his life.

Bill will have a committal service in the Glenwood Cemetery in Goodman on Saturday July 18 at 10:00am. Pastor Henry Yoap will officiate. Full military honors will be provided by American Legion Post #325 of Goodman and Armstrong Creek.