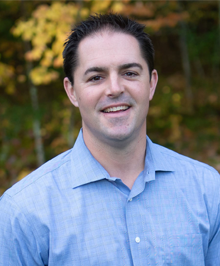 Josh grew up in Stephenson, Michigan and is the son of Scott and Laurie (Kosewski) Roubal. He graduated in 1998 from Stephenson High School and attended Bay de Noc Community College to meet his prerequisite requirements to practice Mortuary Science. In 2001, Josh applied and was accepted to the Mortuary Science Program at Worsham College of Mortuary Science in Wheeling, Illinois.

Josh lives in Wausaukee with his two dogs, a Boxer, Lola and a Weimaraner, Asher. He loved playing baseball in his earlier years, starting in Little League and playing through Legion ball. Josh is a BIG Detroit Lions fan, Detroit Tigers, Detroit Pistons, and Detroit Redwings Fan. He also likes the Green Bay Packers but his #1 is the Detroit Lions. He is an avid hunter, mostly hunting Whitetail and Grouse, fishing, especially walleye, camping, and cutting firewood. Josh loves to spend time on his families property in rural Menominee, Michigan. Planting food plots for the deer, building roads with the bulldozer, or just spending the day doing nothing, which doesn’t happen too often. He is a member at St. Augustine Catholic Church in Wausaukee and the Wausaukee Lions Club.  Josh is a licensed funeral director within the States of Wisconsin and Michigan. 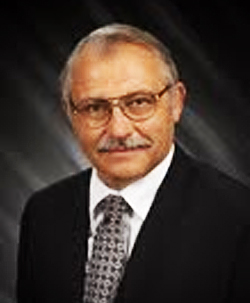 He was born in Milwaukee, Wisconsin on December 6, 1947, the oldest son of Anthony and Wanda Tomasino. Dave grew up on the South side of Milwaukee and graduated from Pulaski High School.

In 1968 Dave enlisted in the United States Marine Corp and served honorably for two years. Dave lived in the City of Milwaukee with his wife Maryanne and two sons. During this time Dave worked as a Firefighter/Paramedic for the City of Milwaukee. He advanced to the rank of a Paramedic Officer and worked on Med 5 and Med 7 in the inner city. Dave left the Milwaukee Fire Department in 1990 and took a teaching position at Milwaukee Area Tech College (MATC), as an EMS Instructor/Coordinator, where he instructed EMTs and First Responders.

He was born on June 7, 1944, the oldest son of Vernon and Martha Schroeder, who had three sons and five daughters in the Wausaukee area. Bud graduated from Wausaukee High School in 1962, he has one daughter. He joined the Air Force in January of 1963, serving his country honorably.

Bud moved to Elgin, Illinois in 1965. He worked and lived there until his retirement in 2009. He then moved back to Wausaukee and was united in marriage to Patricia Oberleitner in June of 2010. They reside in the Village of Wausaukee.