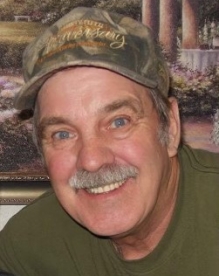 age 77, of Athelstane, passed away surrounded by his loving family at home on Saturday April 16, 2022. He was born in Marinette, Wisconsin on March 14, 1945; son of the late Kenneth and Lillian (Hilsabeck) Anderson. Bill entered the United States Army and served in the Blackhorse 11th Armored Calvary Unit in Vietnam (1966-67) and became highly decorated earning the Bronze Star Medal with “V” Device (Heroism in Battle), and numerous other medals. On July 19, 1969, Billy married Anne Hess at Holy Rosary Catholic Church in New Holstein. In 1969 he started working for the Town of Athelstane and joined the Athelstane Fire Department. He served as the Town Chairman for 16 years as well. Billy worked as a logger for the majority of his life but he retired from Wausaukee Enterprises. He was a founding member of the Christian Fellowship Church where he served as an Elder for many years. He loved hunting and fishing, whistling, bird watching, rummage sales, cooking over an open fire, making firewood and running a chainsaw, picking berries, but most of all he loved visiting with family and friends. He loved telling and playing jokes, playing Farkle and Skip-Bo, and playing MahJong on the computer to keep his mind sharp.

Family and friends may call from 10am on Saturday May 21, 2022, at Christian Fellowship Church, W8050 CR-C, Wausaukee until the time of Bill’s Celebration of Life Service at 12pm. Full Military Honors will be provided. Pastor Richard Kucha is officiating. Burial will be at a later date at the Forest Home Cemetery in Athelstane.

I miss you so much Eastcoast love you to the moon and back your loving wife -westcoast ❤❤❤❤Elisa
My condolences to Anne and their family. May Bill rest in peace with the Lord.
Uncle Billy you will never know how much you did for me and how much love I felt from you and auntie Anne! Your teasing and jokes always made the next family gathering more exciting knowing you were going to be there! I love and there will never be another like you ❤️ Rest easy, now you are home.