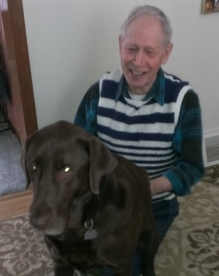 age 86, of Pembine, passed away peacefully at home on Thursday April 2, 2020. He was born in Milwaukee on September 9, 1933; son of the late Stephen and Mary (Wirtz) Firkell. Steve was united in marriage to Diane Kressin in Milwaukee. He worked as a baker in Milwaukee County for 20 years. In 1974 Steve and Diane moved to Pembine and he worked at the Niagara Paper Mill until retirement. He was a member of St. Margaret Catholic Church and enjoyed working at the Church as well as providing Pastoral Ministry at Dickinson County Hospital.

Due to the current Covid-19 Pandemic a Celebration of Life Service will be at St. Margaret Catholic Church and will be held and announced at a later date. Burial will be in the Pembine Cemetery.

In lieu of flowers please make donations to the Karen’s Food Pantry.