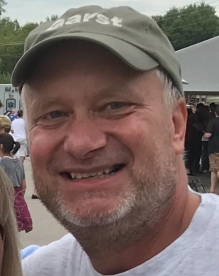 age 60, of Wausaukee, passed away peacefully at home on October 15, 2020. He was born in Marinette, WI on August 20, 1960; son of Bernard and Lorraine Gauthier. He graduated from Crivitz High School in 1978 and was united in marriage to Brenda Wilson on November 5, 1983. He grew up on a small dairy farm and continued farming with his wife and children for his entire life. He enjoyed hunting, fishing, and spending time with his family and friends.

He is survived by his wife, Brenda; four sons: Adam (Julie), Brandon, Lucas, and Trevor; two daughters: Kayla (Gary) Ihde and Katie (Douglas) Nowak; and 8 grandchildren. He was preceded in death by his parents and sister, Kathy Gauthier.

Private visitation and funeral will be held at a later date.