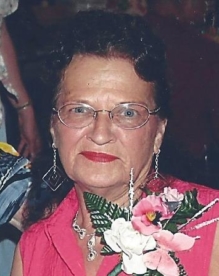 age 84, of Middle Inlet, passed away peacefully at home on Friday April 3, 2020, with her family by her side. She was born in Beaver, WI, on October 7, 1935; daughter of the late Roman and Julia (Rupar) Dolata Sr. Rose was married to Charles Buechler on August 28, 1954. He preceded her in death on January 26, 2019. Rose grew up on a farm in Beaver and was a very hard worker. She enjoyed gardening and tending to the beef cattle. She thoroughly enjoyed spending time with family, especially her grandchildren and great grandchildren.