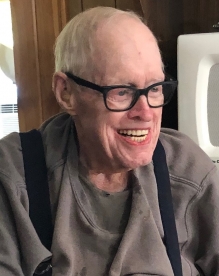 age 90, of Amberg, passed away peacefully on Wednesday October 14, 2020 at Aurora Medical Center BayArea. He was born in Sioux City, Iowa on November 27, 1929; son of the late Joseph Brabender and Violet Brabender. He served his Country honorably in the Army during the Korean War and was stationed in Korea. Roger was united in marriage to Marjorie Krueger on October 9, 1954 and together they shared the last 66 years. He retired from Asplundh Tree Expert Company after 40 years of dedicated service. He enjoyed cutting down trees, and making his firewood, as well as camping and fishing. He loved spending time with his family especially going for rides and traveling. Roger also loved all his dogs.

Private visitation and funeral will be held on Tuesday October 20, 2020 at Roubal Funeral Home with Pastor Lin Wittmann officiating. Burial will be in the Amberg Cemetery with full military honors provided by Amberg American Legion Post #428.