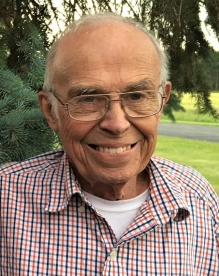 age 88, of Pembine, died peacefully at home on Wednesday August 5, 2020. He was born in Morristown, New Jersey on April 12, 1932; son of the late Phillip and Doris (Selph) Drake. He proudly served in the United States Air Force from 1957-1961. Richard was always fascinated with science, and electronics, especially radios. He worked as a salesman for Wolfe Appliances and as a Firefighter for Hook and Ladder in New Jersey. He was very patriotic and proud to be an American. Richard was very personable and could speak to anyone and enjoyed telling stories and jokes. He was actively involved with his church and was very proud of his own family.

Visitation will be 12pm on Saturday August 15, 2020, at Northwoods Chapel in Pembine until his funeral service at 1pm. For the safety of yourself and others please wear a mask. Burial will be in the Pembine Cemetery with full military honors.