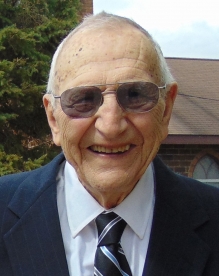 Age 92, of Pembine, passed away at home on Tuesday January 12, 2021. He was born in Portage, WI on October 4, 1928; son of the late Albert and Lucille (Koppe) Paske. Phil graduated from Portage High School in 1946. He honorably served his country in the Army from 1950 until 1952. Phil started working as a DNR Officer in Portage area before moving to Pembine in 1957, where he met the love of his life, the former Clara Joyce Stevens. The couple was united in marriage on December 7, 1958. In 1970 the couple moved to Wautoma and then in 1974 to Tomahawk for the next 20 years before retiring back in Pembine. Although they never had their own children, they had many foster children that they cared for. Phil enjoyed sturgeon fishing, loved gardening, deer hunting and bee keeping. He was a charter member of the local Rescue Squad and Fire Department and was a Board member of Grace Lutheran Church and taught Sunday School as well.

Visitation for Phil will be held at Roubal Funeral Home on Monday January 18, 2021 from 10:00 am until time of his service at 11:00 am. with full Military Honors provided by Pembine American Legion Post #461. Rev. Dwaine Sutherland will officiate. Burial will be in Pembine Cemetery this spring.

In lieu of flowers, donations may be made to Grace Lutheran Church in Pembine.