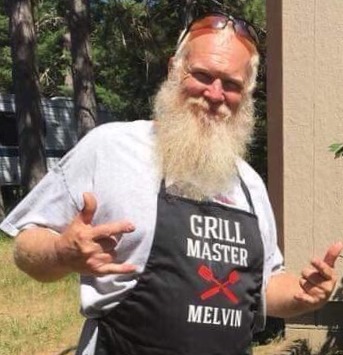 age 58, of Athelstane, died unexpectedly Saturday January 5, 2019, at his home.  He was born in Stambaugh City, Michigan on May 29, 1960; son of Charles and Molly Jane Shepherd.  Melvin was united in marriage to Judy Bisick on July 12, 1998, in Milwaukee.  He worked at the Goodman Lumber Co. and most recently at NWTC in Crivitz as a Janitor.  He loved attending deaf clubs for the hearing impaired, working with his hands, camping, fishing and he could fix anything.  He was also known for being a Prankster.  He had a passion for animals and spending time with his family and friends.

Family and friends may visit Roubal Funeral Home on Tuesday January 15, 2019, from 12 pm until the time of the memorial service at 2 pm.