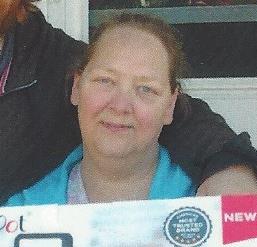 age 54, of Wausaukee, died unexpectedly Friday January 4, 2019, at home.  She was born in Racine on June 6, 1964; daughter of the Casey and Jackie Bugulski.  Jo Ann was known as the neighborhood mother.  She worked at NewCare Convalescent Center in Crivitz for 13 years as a CNA.  A job she thoroughly enjoyed.  She was also a Green Bay Pack fan.

Jo Ann is survived by two children:  Chris and Roxanne; grandchild, Corwin; and two sisters:  Marilyn and Debbie.  She was preceded in death by her husband, Marc; son, Zachary; and mother-in-law, Barbara.

There will be a service held at a later date.