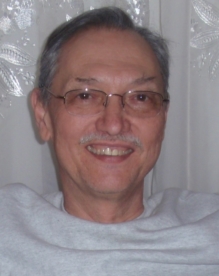 age 72, of Amberg, passed peacefully on Friday April 10, 2020, at Dickinson County Healthcare Services. Glenn was born in Chicago on March 20, 1948, the son of the late Leroy and Priscilla (Rozanski) Zwengel. Glenn’s father repaired televisions, a skill that wasn’t lost on his inquisitive son. Glenn enjoyed building and repairing a variety of mechanical and electrical items throughout his life. Glenn worked for Underwriters Laboratories but while still a young man, he made plans for his future in rural Wisconsin. He purchased acreage outside Amberg and cultivated the land and his connection with nature. Among his many hobbies were restoring antique tractors and refurbishing vintage radios. If parts for the radios could not be found, he would build them.
Glenn was an active member of St. Agnes Catholic Church. His generosity in every way was well known to his relatives, church and community.

Glenn is survived by numerous extended family, friends, and of course, his loving cat, Tabby, who has been adopted by a family member.

A Memorial Service will be scheduled and announced at a later date.