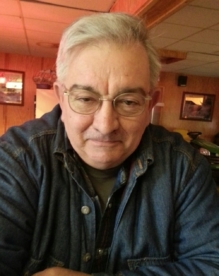 age 73, of Pembine, died peacefully Tuesday December 31, 2019, at Oscar G. Johnson VA Medical Center. He was born in Chicago on November 23, 1946 but was raised in Wausaukee and was the son of Helen Luczak. Edwin was united in marriage to his wife Ionne on December 3, 1966. Edwin liked to reminisce about his time spent in Germany while serving in the Army. He loved eating out, polka music, reading, and enjoyed his Country & Western movies as well as wearing Western clothing. He was sassy at times by always coming up with something funny to say. Most importantly he enjoyed spending time with his family.

Family and friends may visit Roubal Funeral Home on Tuesday, January 7, 2020, from 3pm until the time of his Memorial Service at 4:30pm with Pastor Clark Lindsay officiating. Military Honors will be provided by the Pembine American Legion.