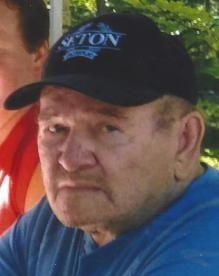 age 84, of Pembine, died Monday July 18 at home. He was born in Milwaukee on April 9, 1938; son of the late Harold and Margaret (Jonas) Schiefelbein. On November 22, 1958, he was united in marriage to his High School Sweetheart Frances Nevins at St. Boniface Catholic Church in Milwaukee. Dennis was raised in Dunbar until age 11 when he and his family moved to Milwaukee. He worked at American Motors and Allis Chalmers; he then served his apprenticeship for laying carpet before returning to Pembine in 1968. Dennis thoroughly enjoyed hunting, fishing and trapping and was a member of St. Margaret Catholic Church as well.

Mass of Christian Burial will be 11am on Friday July 29, 2022, at St. Margaret Catholic Church in Pembine with Father Quinn Mann officiating. Visitation will be from 10am until the time of Mass at church. Burial will be in the Pembine Cemetery following Mass.

Sincere condolences. I am incredibly sorry for your loss and keeping you in my thoughts.
Terry and I want to express our deepest sympathy for your loss. We know you will always hold Uncle Dennis in your Heart, as we will. All our love, Lisa and Terry
Fran and family, Thoughts and prayers to you at this trying time. Dennis will be missed by many. Sincerely
Fran & family. So sorry to hear of Dennis’s passing. Keeping you in our thoughts and prayers. Jim & Diane Ehmer