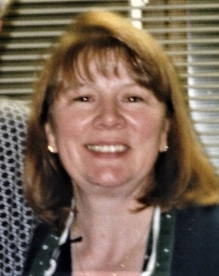 Age 72, of Wausaukee, on Friday June 25, 2021 went to be with her precious Lord God after a 4 year battle with Multiple Myeloma with her family and friends at her side. She was born in Marinette on June 3, 1949; daughter of the late John and Marie (Etter) Ring. She grew up on her parent’s farm in Wagner and attended local schools McAllister Elementary and graduated from Wausaukee High School in 1967. Cheryl was accepted to Milwaukee County School of Nursing and graduated as an RN in 1970. She started working at Hospitals in Milwaukee, then transferred to Bellin in Green Bay, and then to BAMC in Marinette as well as Orthopedic Specialists. Cheryl retired in 2008 from Marinette County Public Health Department. After retirement she went on to work in Medical Missions in Haiti, and Roatan, Honduras. She also participated in Hurricane rebuild efforts in southern USA states. On December 18, 1971, Cheryl was united in marriage to Don Forst until his death on October 23, 1993. She met Eric McLean and married him on February 10, 1996.

Cheryl volunteered her time at Pastor Fred’s Food Pantry, and was a devoted Life-time member of Community Lutheran Church serving as Sunday School Teacher, Council Member, Head of Funeral Committee, Community Lutheran Church CLCW, Sunshine Coordinator and volunteered at M&M Respite Care and was Camp Nurse at Lake Lundgren. She has traveled to Europe, Hawaii, Alaska, Central America, Germany and Caribbean Islands. Cheryl loved tending to her flowers, painting, watching the birds and thoroughly enjoyed nature and all God’s creations. She had a great love for faith, family and friends.

Visitation will be on Thursday July 1, 2021 at Roubal Funeral Home from 5pm until 8pm and again on Friday at Community Lutheran Church, McAllister from 9am until the time of her funeral at 11am. Rev. Paul Hueter is officiating. Burial will be in the Evergreen Cemetery, Wausaukee. Pallbearers are Travis Forst, Dr. Nathan Forst, Justin Forst, Steve McLean, Kurt Lothe, and Tom Muellenbach with honorary pallbearers James Ring and Michael Ring.