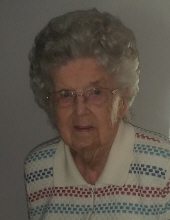 age 92, passed away Saturday January 4, 2020 at Mabry Health Care and Rehabilitation in Gainesboro, TN. She was born February 3, 1927, in Fredonia, WI to the late George Stecker and Hilda Wenzel Stecker.
She was a member of the Heavenly Host Lutheran Church. She was active in the Red Hat Society and honorary member of the American Legion Auxiliary. She formerly owned operated Caroline’s Crafts in Amberg, WI.

Funeral services for Mrs. Caroline Edna Miller will be held at 11 a.m. Saturday January 11 at Heavenly Host Lutheran Church, Cookeville, TN with Rev. Andrew Smith officiating. She will be transferred to Roubal Funeral Home in Wausaukee for burial in the Amberg Cemetery this spring.