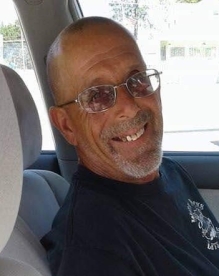 age 64, of Wausaukee passed away peacefully with his family by his side on Thursday, November 25, 2021. He was born in Menominee, Michigan on September 19, 1957 to Richard and Elizabeth (Bernardy) Edlbeck. Bill was united in marriage to Karren in 2006 and they officially joined their families together. He deeply enjoyed fishing with his children and grandchildren and even had assistance from his beloved pitbull, Maggie Moo, in reeling in the “big one”. Bill could often be found going for long rides to enjoy a Packer game on the radio or to spot the deer roaming the quiet fields of Wausaukee farm lands. Over the years he was often found making fond memories with Matt Moser, who was a great encouragement to Bill during his battle with cancer. Bill loved going on road trips with Karren, listening to music and enjoying the simple joys together. He was a simple, pleasant man of few words who loved spending time with family and friends over a bonfire and good music.

Bill is survived by many who shared life with him: his wife Karren and children Justin Gimbel (Candice) and Jessica (JJ) Feldmann; daughter Sadie Edlbeck, son Nathanael (Dawn) Edlbeck and daughter Jacqueline (Rex) Rosner. This blended family brought Bill a total of 13 grandchildren and 6 great grandchildren, all in whom he found much joy. He is also survived by his brothers and sisters: Dale (Bonnie) Edlbeck, Mary Jo “Twiggy” (Warden) Parmenter, Jeannie (Mark) Taylor, Pat (Michelle) Edlbeck, and Lori (Griz) Taylor. He was preceded in death by his mother and father.

Visitation will be on Thursday December 2, 2021 at Roubal Funeral Home from 10 am until the time of his funeral service at 1 pm.

Bill’s family would like to thank friends and the surrounding community for their support shown throughout Bill’s fight with cancer.

That was such a great obituary. I will miss Uncle Bill. I love all the memories and the Edlbeck family! RIP, Uncle Boner!!!
Spent many a days chatting with Bill at the gas station and watching his family grow and have families of their own.
Nate and family, We are so sorry on the passing of your dad, our condolences. May he rest in peace. Paul and Nett Janssen Antigo, Wi