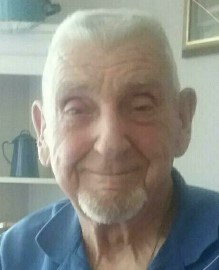 age 91, of Kaukauna, formerly Dunbar, passed away peacefully Monday March 8, 2021 at St. Paul Villa Assisted Living in Kaukauna. He was born in Potter, Wisconsin on April 14, 1929; son of the late Wilbert and Lenora (Gotter) Paul. Willard served his country honorably in the Air Force. He was united in marriage to Eva Kolste on January 14, 1950 until her death in 2013. He enjoyed talking to everybody, was an avid fisherman, and loved the outdoors. Willard also enjoyed planning and planting his garden every year.

A Memorial Service will be 1pm on Saturday March 27, 2021, at Roubal Funeral Home with Pastor Matt Ruesch officiating. Friends may call from 12pm (noon) until the time of his service. Full Military Honors will be provided by the Pembine American Legion Post #461. Burial will be in Memorial Gardens Cemetery, Dunbar this spring.