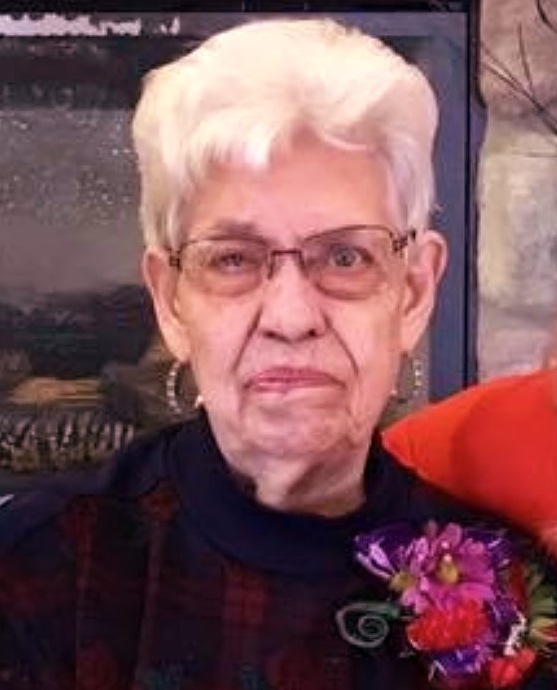 age 85, of Amberg, passed away peacefully Thursday January 10, 2019, at NEWCare Convalescent Center in Crivitz.  She was born in Galena, Kansas on April 30, 1933; daughter of the late Isaac and Nora (Wyzard) Leeka.  Ruth was united in marriage to O.K. Roush on December 25, 1949 in Auburn, Washington.  She and her husband enjoyed traveling; she also enjoyed cooking and baking.  Ruth was the Amberg person of the year in 2009 and was known for all of her volunteer work and storytelling.  She was a member of the Legion Auxiliary, Red Hat Society and the Amberg Presbyterian Church.

Ruth is survived by her seven children:  Linda Love of Green Bay, Gayle Roush of Amberg, Vicki West of Popular Bluff, MO, Connie Roush of Springfield, MO, Ken Roush of Union Grove, Robert Roush of Amberg and Ed Roush of Oconto; 19 grandchildren; and several great grandchildren.  She was preceded in death by her husband, O.K. and son, Roy.

Family and friends may visit Roubal Funeral Home on Thursday January 17, 2019, from 10 am until the time of the funeral service at 12 pm, Pastor Don Landwehr will officiate.  Burial will be in the Amberg Cemetery.