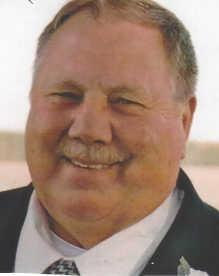 age 75, of Crivitz, passed away unexpectedly Saturday October 16, 2021, at home. He was born in Two Rivers on March 15, 1946; son of George and Dora (LaFleur) Zahorik. Bob was united in marriage to his wife Sandy on September 8, 2007 in Crivitz. He was an over the road truck driver for 45 plus years and “Walking Eagle” was his CB handle. Bob also drove school bus, enjoyed hunting in his younger years, tinkering around the garage, fishing, camping, and plowing snow with his “Fat Ass Truck.”

Family and friends may come to Roubal Funeral Home on Sunday October 24, 2021 from 12pm until the time of his Memorial Service at 2pm. Deacon Rick Elfering will officiate. Military Honors will be provided by American Legion Post #413 of Crivitz.

Bob’s family has asked for those attending to please wear casual, comfortable attire.

Bob will be missed, but he remains in our heart. We enjoyed spending time with him, Sandy, and the rest of the family. We enjoyed.happy conversations.with him, and his happy smile.
I'm so sorry to hear this. My sincere sympathy and prayers to all of you.
Many hugs and prayers to you and families. We are sad to hear about Bobs passing. Rest in peace our friend.