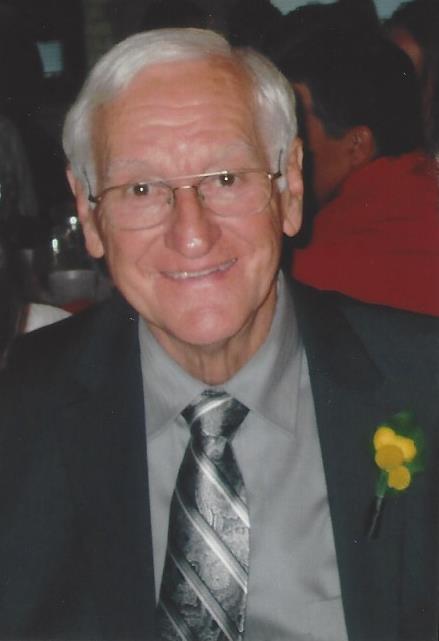 age 81, of Fence, passed away peacefully Friday January 18, 2019, at Maplewood Villa in Armstrong Creek. Richard was born December 29, 1937 in Two Rivers, WI, son of the late Arnold and Pearl (Rhode) Meneau. He was united in marriage to Mary “Peg” Winkel in Green Bay on January 15, 1977.

Richard was raised in Two Rivers, WI and graduated high school from St. Nazianz Seminary in St. Nazianz, WI in 1956. In 1960 he earned a B.A. in Philosophy from St. Thomas University in St. Paul, MN. In 1964 he earned a Masters of Divinity and was ordained a Catholic priest in the Diocese of Green Bay. He served 11 yrs in the active ministry in various Northeast WI parishes including St. Patrick’s in Green Bay and Lourde’s Academy in Oshkosh with a focus on religious education. He continued his education while serving as a priest, earning a Masters in Religious Ed from the University of Seattle in 1972 and an M.S. Ed from UW-Oshkosh in 1975 when he left the active ministry and entered public education. Dick became K-12 Guidance Counselor in the Cambria-Friesland School District in 1976. In 1979 he became certified from UW-Madison as a K-12 principal and district administrator and added the titles of 6-12 principal and athletic director. In 1980 he accepted a position in the Prentice School District where he served as H.S. principal and athletic director for 26 yrs. In 2006 he retired to his cottage on Lake Hilbert in Fence, WI.

Throughout his life, Dick had many hobbies which included waterskiing, scuba diving, judo, golf, fishing, gardening, playing piano, guitar, and accordion, and coaching his sons’ basketball, tee ball, and little league baseball teams. He was a lifelong Chicago Cubs and Packers fan and even attended the famous Ice Bowl. He will be remembered by most for his sense of humor, work ethic, leadership, and remaining true to his convictions.

There will be a gathering to celebrate Dick’s life this summer with the date and time to be announced.

The family wishes to thank the staffs of both Maplewood Villa and Northern Hospice of Rhinelander for the amazing care they provided.