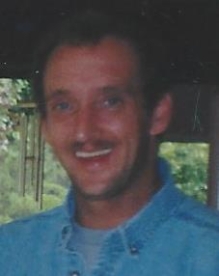 age 58, of Silver Cliff, passed away unexpectedly at home on Saturday September 10, 2022. He was born in Marinette on April 25, 1964; son of Daniel and Carole (Stockwell) Betts. Randall was a carpenter for over 30 years building log cabin homes throughout the United States. He was a joke-teller who absolutely enjoyed making people laugh. He was an avid hunter, fisherman, loved nature and just simply driving around as well as playing his bass guitar. Most importantly Randall enjoyed spending time with his grandchildren.

Visitation will be held at Cornerstone Assembly of God Church in Athelstane on Saturday September 17, 2022 from 9am until the time of his funeral at 11am. Pastor Dennis Schmidt will be officiating. Burial will be held at the Silver Cliff Cemetery following his service.

Randy I know you're with both my mom and your mom going to miss you buddy well leaving the subway won't be the same without you and your mother I have to admit I'll miss you guys a lot God bless you both
Please excuse my grammar errors in my post. I could not see how to edit them. Sorry about that
Randy, I remember well the day you were born. It was exactly one month after we lost our full-term baby girl and your mom told me she was so worried that everything wouldn't be right for her, but it was. I remember you had croup real bad until you were probably about three. Your mom would put you on a blanket outside in the sun to catch some good vitamin D. You are such a cute little boy with your blonde hair and girls. From early on you could laugh and make people around you happy. I've never seen your other children other than when you were a tiny baby, but you have a beautiful caring daughter in Bree. She loved you so much and it is really hurting a lot right now, but the Lord can help her get through this. I heard that you kind of became the cook in your householder for the last few years when your mom wasn't able to. I'm sure you were a big help to her, and please give her a big hug for me when you see her up there. And your sister Sherry is a real trooper and has done so much this week and you get in your farewell planned. You were so talented in carpentry and had a real talent. Goodbye for now until I see you on the other side of Jordan
Randy, I will Miss you, and I Love you!! Now, no more worries/aches, etc, and you can hug your mama again! Until we meet again--Your cousin,..Carmen. My heartfelt condolences and prayers for the family and friends-- Hugs & Prayers!! May God give you all comfort through this time of sorrow. I Love you all!! ~~Carmen