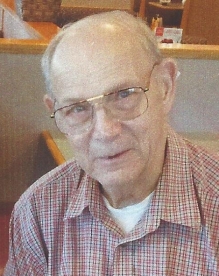 age 83, of Wausaukee, passed away Thursday December 30, 2021, at a Green Bay Hospital. He was born in Wauwatosa on May 9, 1938; son of the late Russell and Josephine (Edlebeck) Wolfe. Ralph graduated from Messmer High School in 1957 and entered into the Navy and was stationed in Key West Florida. During his service time Ralph was united in marriage to Carol Flak in 1960. After service the couple moved back to Milwaukee to start a family. He retired from AO Smith and in mid 90’s moved to Wausaukee. Ralph enjoyed woodworking, hunting, fishing, and was a Cub Scout Leader. He also served as Treasurer on the Wausaukee Rescue Squad for 10 years and sold Life Insurance for American Family.

Mass of Christian Burial for Ralph will be 11am on Saturday April 30, 2022 at St. Augustine Catholic Church in Wausaukee with visitation starting at 10am. Burial will be in the Evergreen Cemetery.

I had the pleasure of having Ralph as a customer at Exxon and Walmart. Such a kind and amazing man! I will miss chatting with him. RIP