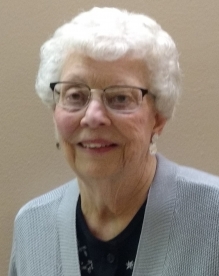 age 84, of Pembine, WI, went home to be with her Lord and Savior on July 17, 2020, at Dickinson County Hospital. She was born November 7, 1935, to the late Paul and Ruth (Anderson) Carlson in Polk, NE. She lived her life on the solid truth of God’s holy word, believing Jesus is God’s son and understanding she was a sinner who was saved by grace alone, through faith alone, by Christ alone (His death and resurrection), and for God’s glory alone.
She graduated high school in Kearney, NE, in 1953. She was employed at the Fort Kearney Hotel before enrolling at Trinity Seminary and Bible College in Chicago, IL. She graduated with a B.A. degree in elementary education in 1959, and taught in Skokie, IL. On June 25, 1960, she was married to Merle Nelson, at the Kearney Evangelical Free Church. Her father was the pastor and performed the ceremony. After Merle’s graduation from Trinity in 1961, they moved to Cary, IL, where they both taught in School District #26. She taught for one year before their first child was born, and then was a substitute teacher.
Her greatest joy was becoming a mother to one son and three daughters. Their second daughter was born in Jerusalem, Israel, in 1966, while Merle was on a one year sabbatical from teaching to attend the American Institute of Holy Land Studies.
Beginning in 1970, the family spent summers at Lake Lundgren Bible Camp in Pembine, WI, first as summer caretakers then helping where needed. They lived at the camp for two summers and then purchased lakefront property across from the camp and built a cabin where they enjoyed their summers while still helping at camp. In 1994, they made the permanent move to from Illinois to their retirement home in Pembine after Merle retired from teaching. Pauline was a charter member of Northwoods Chapel in Pembine.
She faithfully served the Lord throughout her life. She traveled with her College Choir singing in churches throughout the country. Pauline was active at both the Cary-Grove (IL) Evangelical Free Church and Northwoods Chapel. She was a deaconess at both churches and served with Merle as youth group leaders throughout the 1970s and early 80s. She and Merle went on numerous Mission trips with Northwoods Chapel to help with a church plant in Jamaica. More recently she was treasurer in the early years at Northwoods Chapel and was still counting offering the Sunday before she passed away.
In addition to her parents and step-mother, Wilma Carlson, she was preceded in death by her husband in 2011, sister, Marilyn Carlson, and sister-in-law, Madelyn Nelson.
Pauline is survived by four children: Bradley (Kimberly) Nelson of Norway, MI; Kay (Dan) Mork of Rockford, IL; Janine (Nick) Starcevich of Rockford, IL; and Lynda (Bud) Kay, of Marion, IN; nine grandchildren: Michael Nelson of Norway, MI; Stephanie (Andrew) Mitchell of Salt Lake City, UT; Natalie (David) Dixon of Rockford, IL; Rebecca and Emma Mork of Rockford, IL; JD Kay of Colorado Springs, CO; Dana Kay of Marion, IN; Anthony and Nicole Starcevich of Rockford, IL; and two great-grandchildren: Elliana and James Dixon. Also surviving are a brother, Stan (Mary) Carlson and sister, Lynette (Don) Rathbone; brothers-in-law Milo (Joyce) Nelson and Phillip (Sandra) Nelson; sisters-in-law Mina Tim, Mildred Nelson, Ruth (Doug) Harrington, Caroline (Bill) Kilgore, and Beulah Nelson, and many nieces and nephews.
Visitation will be Saturday July 25, 2020 from 1 p.m. until the time of her funeral service at 2 p.m. at Northwoods Chapel in Pembine, officiated by Pastor Fred Barribeau. Burial will be in the Pembine Cemetery.
In lieu of flowers, memorials may be directed to Northwoods Chapel.