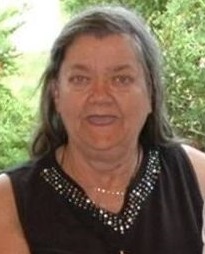 age 70, of Amberg, died Sunday November 11, 2018, at NewCare Convalescent Center, Crivitz.  She was born in Milwaukee on June 9, 1948; daughter of Alvin and Stephanie (Razdik) Goskowicz.  Patricia worked as an Elementary School Teacher in Milwaukee for 20 years.  She retired and came to Amberg in June of 1997.  She was a member and served as past President of the Amberg American Legion Auxiliary and enjoyed rock collecting, writing, painting and stained glass artwork.

Patricia is survived by her son Mark (Jill) Krawczyk of Stevens Point; two grandchildren:  Eric and Ethan; her father Alvin; one brother, Tim (Elfri) Goskowicz; and boyfriend, Les Koster.  She was preceded in death by her mother, Stefanie.

There will be no service per Patricia’s wishes.