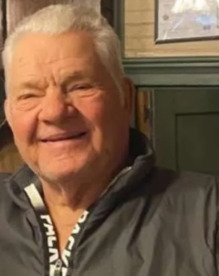 age 76 of Wausaukee passed away unexpectedly on November 10, 2021 at Froedtert Hospital in Milwaukee. Norbert was born March 4, 1945 in Chicago, Illinois. His family moved to Amberg when Norbert was 8 years old where they owned and operated a motel, gas station and restaurant and later a courier service. Norbert attended St. Augustine Elementary School and graduated from Wausaukee High School. After graduation he enrolled in the University of Wisconsin – Madison mainly to play football. He started as a freshman center on the UW Madison football team. He then attended Northern Michigan University in Marquette. After leaving NMU he moved back home to work for the family business. He also worked in the woods over the years and drove log truck for Carl Schroeder, Jr. before becoming a full-time rural mail carrier. He eventually retired from the U.S. Postal Service. Norbert was a long-time member of St. Augustine Catholic Church where he served as an usher for many years. He was also actively involved with the Wausaukee School athletic program over the course of his lifetime and refereed many basketball games, kept the score book and coached football.

Norbert married the love of his life, Betty J. Peeters Rohloff on May 15th, 1982 and became a father to Pam, Tim and Jodi. Through the years the bond he had with his children grew and he became the most wonderful and cherished father and friend. Norbert considered his son-in-law Matt and Matt’s brother Cory Rollo his bonus sons.

Besides his wife, the greatest loves of his life were his grandchildren. He had the most amazing bond ever with his grandsons, Tony and Cooper. He was not just their grandpa, but also their best buddy and they will forever treasure their time together. He never missed a sporting event – home or away – that his grandsons were involved in. He was their biggest fan. He always said “Jodi and Matt may have raised them, but those are MY boys.” Truth be told, he had a huge part in their raising. He was developing a very special bond with his young great-grandsons, Jace and Jackson as well. He was very excited about Jace’s upcoming first year at deer camp with him. He of course also had a huge place in his heart for his granddaughters, Brianna and Lauren and his great granddaughter, Bella. He was so very proud of them all. He loved his family so well. He never let an opportunity go by to let them know much he loved them. There will forever be an enormous hole, but so very many wonderful memories in the hearts of his family.

Norbert is survived by his wife, Betty, his son Tim (Bernie) Rohloff, his daughter Jodi (Matt) Rollo, his beloved grandkids Brianna, Tony, Cooper and Lauren, and great grandkids Bella, Jace and Jackson. He is further survived by his loving sisters Judie Gendzwill and Joyce (Butch) Barstow, several nephews and nieces and so very many friends, some so dear to him that he considered them family.

Norbert was preceded in death by his parents, Ted W. and Lillian V. Betley and his daughter, Pamela.

Norbert had a larger than life personality and was a huge presence in the towns of Amberg and Wausaukee and more or less everywhere he went. He was one of the most well-known men in the area. He was loud, boisterous and outspoken and people came to love that about him. Those that knew him well knew he was tough on the exterior but a big teddy bear on the inside. Norbert had so many close friends and many of those friendships were cultivated at the Silver Eagle Hunting Shack where he was a member for many years. The stories he told of the many escapades he was involved in kept family and friends entertained for hours. He has always lived life to the fullest. Norbert loved to deer and bird hunt. He looked forward to November and hunting season every year. The past several years hunting season was spent at Michigan camp with his son, son-in-law, grandsons and friends where so many more memories were made and even more stories to be told.

Norbert enjoyed spending time with his family the most, playing cribbage and golfing with friends. He loved to tinker in his shed and ride his four-wheeler to look for deer and check his trail cameras.

Visitation for Norbert will be Thursday, November 18, 2021 from 10:00 AM to 1:00 PM at St. Augustine Church in Wausaukee with a mass at 1:00 and luncheon to follow in the church basement.
The family would like to thank the Marinette County Sheriff’s Department, Wausaukee Rescue Squad, the ER staff at Aurora Hospital in Marinette and Froedtert Hospital in Milwaukee as well as the Eagle III medical transport crew. Everyone was so caring and did their very best to support the family during the hardest time of their lives.

A very special thank you to Josh Roubal of Roubal Funeral Home for assisting the family with arrangements.

Norbert may be gone from sight, but will forever remain in the hearts of his family and friends. Until they meet again they will be here missing him every single day. He lives on in those that love him.

Ralph Waldo Emerson wrote: The man is a success who has lived well, laughed often and loved much; who has gained the respect of men and the love of children. Norbert lived an extremely successful life.

Norbert: I remember when we used to play " one on one" next to your father's gas station. You were a great competitor. Rest in peace. Your friend. Butch.
Nubs you fouled me out in basketball but I still made cookies and put them in the mailbox. Your big personality and stories will always remind me of you. RIP big guy
I am very sorry to hear about Norb's passing. He was larger than life and will be missed.
We can't imagine the heartache you are all going thru at this time. Know that our thoughts and prayers are with you all. He'll be watching over all of you especially all the hunters. Take care and God give you peace!
My sincere sympathy for the loss of a good friend . He was always willing to help, and Ray and I valued his friendship.
Betty. So very sorry for your loss. I still remember his first day at St. Augustine. He was a great friend to me. I know my dad will welcome him into heaven.
Betty and Family, Thoughts and prayers for your comfort. I have known Nubs since our elementary school days at St. Augustine and this obituary says it all. Much love.
We’ve know Norby for many years as his parents were good friends with my husbands parents (Charlie & Stella) & also he was our mail carrier - he’d make me laugh when he’d grumble at how many magazines I received. I’d tell him “you luv me so you don’t mind” & he’s smile & say “yeah I do.” After I was injured in an accident he would always ask Rick how I was doing - made me feel good to know he was someone who really cared! He will be missed & our hearts go out to you his family!
I don’t know how we are going to go on without you. This is the worst grief I’ve ever felt. Thank you for being the VERY BEST father and grandfather there ever was. You made life so fun!!! I love you forever. Watch over us until we’re together again.