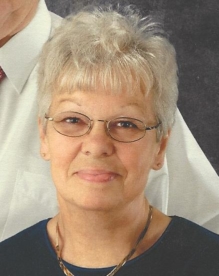 age 75, of Wausaukee, passed away Sunday March 8, 2020, at a Green Bay Hospital. A lifelong resident of Wausaukee, she was born on March 10, 1944; daughter of the late Joseph and Rhea (Bentley) Edlebeck. Marlene was united in marriage to Stanley Lewandowski on August 4, 1962, at St. Augustine Catholic Church. She was a very hard worker throughout her life as she lived and worked on their farm; the same farm on which she was raised became the place where she would raise her family. Marlene enjoyed cross stitch, gardening, and walking, and was a great cook and baker. She was a long-time member of St. Augustine Catholic Church. Marlene was extremely devoted to her faith and her family; her family was her everything. She especially loved attending all of her grandchildren’s events.

Mass of Christian Burial will be 11am on Saturday March 14, 2020, at St. Augustine Catholic Church. Visitation is from 9am until the time of Mass. Burial will be in the Evergreen Cemetery.