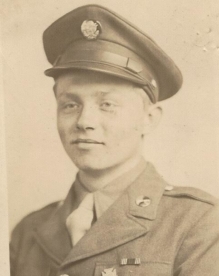 age 94, of Wausaukee, passed away peacefully at home on Thursday December 19, 2019. He was born in Chicago, IL on Good Friday April 10, 1925; son of the late Walter and Stephanie (Olkiewicz) Bialkowski. Leo married his wife Barbara on September 9, 1952, in South Bend, IN and she preceded him in death on June 30, 1997. Leo is a WWII veteran who always told stories about walking across Italy. The family moved to their farm in Wausaukee in 1930. Leo was employed by the Milwaukee Road Railroad and as a logger in his later years. In his leisure time he made honey with his bee hives and tried his hand at wine making. He was a fisherman and a hunter. He enjoyed attending auctions and would spend entire Saturdays searching for antique finds. He also cared for a massive garden that could be pictured in gardening magazines. He shared all the produce with family and friends.

Family and friends may call on Saturday December 28, 2019, at Roubal Funeral Home from 10am until the time of his service at 11am. Burial will be in the Evergreen Cemetery, Wausaukee this Spring.