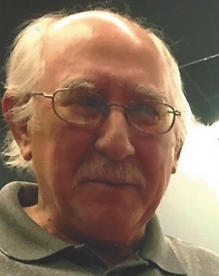 age 66, of Amberg, passed away December 29, 2020. He was born in Chicago on September 21, 1954 son of John and Dorothy (Siedlecki) Grutza II. Yosh was united in marriage to Ruth Novak on August 11, 1973. Family and friends meant the World to Yosh. Whether it being cookouts, camping, or anything else he always enjoyed being around people; especially his grandchildren. He loved his job as a truck driver and drove many miles. He appreciated an Old Fashioned, working in his garage, hunting and trips to Florida with family.

Mass of Christian Burial will be 12pm on Saturday January 2, 2021 at St. Augustine Catholic Church in Wausaukee with Father Frederick Sserugga officiating. Visitation is from 10am until the time of Mass at church. Burial will be in Evergreen Cemetery this spring.

Josh was a great guy and we will all miss him.
Ruthie I am so sorry to hear about John. I wish there was something I could say or do to take away the hurt and sense of loss but I know that doesn't work. Take it one day at a time and lean on your family and friends for the support that they give. Pat
Dear Ruthie and children, I am so sorry to hear that John, husband, father, and wonderful person, passed away. I am sending you my heartfelt sympathy in these trying times. Warm Regards, Vickie Gocht
Praying that you can find peace after losing Johnny. I can’t imagine the sorrow. I have fond memories of Johnny as young cousins and visits to see him in hopes of getting a ride on the back of his dirt bike with him zipping between the trees in the forest. Love to you all, Dene
Our prayers and sympathy to the entire family
There are really no words to express my deepest sympathy. May family and friends comfort you, faith uphold you and loving memories heal you heart. Love you all, Donna & Jim Wieher
Love, thoughts and prayers to Aunt Dorothy, Ruthie, Barb and the family.
Our condolences on Johns passing to Ruthie and children,Dorothy & Family.Our thought’s and prayers are with you Barb and Randy.
My Deepest Sympathies for your loss love and prayers Love Aunt Pat
There are no words that can ease your sadness during this time of loss. Our condolences for you all in the loss of your husband, dad, grandpa & great grandpa. He will be sadly missed by many.
My heart goes out to all of you in this time of sadness.
We are so sorry about Yosh, he will be greatly missed. Prayers and love are with you and all of your family.