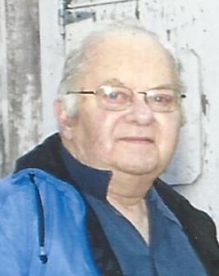 age 76, Kingsford, formerly Pembine, died Sunday July 25, 2021, at ManorCare Nursing. He was born in Marinette on December 12, 1944; son of the late John and Lillian (Johnson) Stoneburner Sr. He graduated from Peshtigo High School and then served his Country honorably in the Air Force from 1963 to 1967 as a mechanic and continued his mechanical skills the remainder of his life. He worked at Khoury Inc in Iron Mountain until retirement. In his younger years he enjoyed photography and worked alongside his mother running Lils Café in Beecher until his sister took it over in 1979.

John is survived by his sister, Lillian Anglemyer; and nieces and nephews: Russell Jicha, David (Vicki) Jicha, Deborah (Mark) Giannunzio, Barbara (Mike) Dowiedt, Bonnie (Rick) Schalow, and Edward (Kim) Anglemyer; and further survived by numerous extended family and friends. Along with his parents he was preceded in death by a sister, Betty; brother, Hubert; niece, Susan Jicha; and brother-in-law, Allan.

Burial will be in the Forest Home Cemetery in Crivitz at a later date.