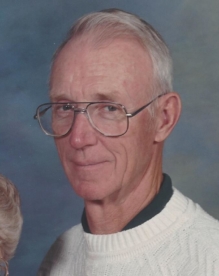 age 80, of Beecher, passed away at home on Tuesday October 29, 2019.  He was born in Waukegan IL on February 23, 1939; son of the late Fowler and Elsie (Rodbro) Keeley.  John was united in marriage to Carolyn Petersen on September 30, 1961.  He enjoyed woodworking, hunting, fishing especially in Alaska, golfing, and gardening.  He was a long-time member of Grace Lutheran Church, a member of the Pembine Volunteer Fire Department and Beecher Town Supervisor.

John is survived by his wife Carolyn; three sons:  Jay (Diane) of Alaska, Steve (Richelle) of Pembine, and Todd (Angie) of Weston; six grandchildren; four great grandchildren; and numerous extended family and friends.  He was preceded in death by his granddaughter, Kayla; and his sister, Sandy.

Visitation will be held at Grace Lutheran Church in Pembine on Friday, November 8, 2019 from 10 a.m. until time of the funeral service at 11 a.m. with Pastor Gene Wickman and Pastor Doug Johnson officiating.  Burial will be in the Pembine Cemetery at a later date.