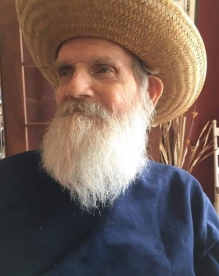 of Amberg, Wisconsin, went to be with the Lord on May 8, 2020. Born in Oil Trough, Arkansas on Nov 13, 1934, to the late Ira and Mattie (Young) Campbell. He married Frances Hall on December 21, 1963, in Jefferson Wisconsin. In 1984 he married Geraldine Grulke in Iowa. Jimmy worked many years in Watertown at Kopps Sheet Metal, retiring in 1994 from U.S Chemicals. When he retired he and Geraldine moved to Black Rock Arkansas. He lived there until 2014 when he moved to Amberg due to illness. He was a loving man who enjoyed fishing, drinking beer and making people laugh. He enjoyed building bird houses and was a master checker player who was extremely hard to beat.

Jimmy had 3 daughters with Frances: Jodi Campbell of Amberg, Janie (Jeffery) Richardson of Krakow, and Jacki (Paul) Stepien of Pembine; two step children: Susie (Royce) Pieper of Lebanon and Steve Grulke of New Mexico; 8 grandchildren: Jeremiah (Audrey) DeLaet of Florence, Amanda (Brad) Bartolazzi of Howard, Pamela (Doug) Wiegel of Niagara, Sadie (Christopher) Kitchen of Jackson, MI, Christopher (Alania) Makela of Green Bay, Coty Richardson of Krakow, Erik Gonzalez II of Pembine, and Jasamine (Conner) Brown of DeWitt, IA; 9 great grandchildren and one on the way; 3 siblings: Troy of Walnut Ridge, AR, James aka Frog (Pamela) of Lake Mills and Moni (Larry) Meeks of Pocahontas, AR; further survived by many nieces and nephews that he loved and entertained. He is preceded in death by a stepfather, one brother and two sisters.

Due to the Covid-19 virus the family will be having a graveside service for family only in the Amberg Cemetery.