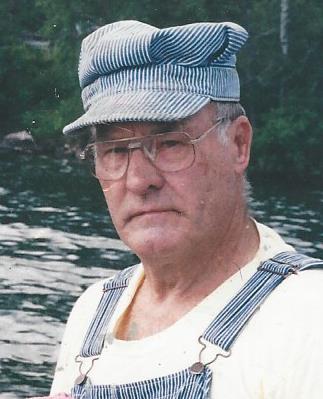 85, of Pembine, Wisconsin passed away in the comfort of his own home surrounded by his family on 5 JULY 2019.  The sixth of thirteen children Jerry was born 25 FEB 1934 to Arthur & Minnie (Behnke) Marquardt in Lena, WI and grew up on a farm there.  He served his country with the US ARMY 1954 – 1956 and after honorable discharge married the former Patricia DeLaet, raised his family and worked hard in the carpentry and ceramic tile business.  Jerry was a 20 year member of the James Delaney American Legion Post 461 of Pembine, Wisconsin and for a time served as Vice Commander.  He was very active and proud of the work the American Legion Post did for their community. He was an avid fisherman catching trophy fish and a hunter bagging trophy deer & moose.  Jerry & Patricia enjoyed travelling and spending time in Alaska & Arizona and spending any time with family.  If you needed anything, he was there for you.  He was in his element if he was creating or building something; his hands were always busy.  He touched many lives and will be lovingly missed by his family and friends.

Visitation will be held at Grace Lutheran Church in Pembine on Wednesday July 10, 2019 from 9:00 am until time of the funeral at 11 am with Pastor Gene Wickman officiating.  Full military honors will be held at church as well.  Burial is in the Community Lutheran Cemetery, McAllister.

In lieu of flowers, donations can be made in Jerry’s memory to: James Delaney American Legion Post 461, PO Box 61, Pembine, Wisconsin.