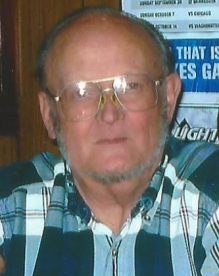 78, of Wausaukee, passed away unexpectedly at home on January 19, 2021. He was born on January 4, 1943; son of the late Howard and Mildred (Frabel) Clarke. Bob graduated from Wausaukee High School and entered into the United States Navy. Following an honorable discharge he was united in marriage to Louise “Mickey” Titsworth. He then worked for many years with Wausaukee Telephone and later CenturyTel until his retirement in 1998. He enjoyed late model racing and watching Nascar as well as hunting, fishing, and camping.

The Wausaukee American Legion Post #150 will provide honors at 2pm on Friday January 29, 2021 at Roubal Funeral Home. Memorial Gathering is from 1pm until the time of his service on Friday.

Love you!❤️
So sorry for your loss. My thoughts and prayers are with the entire family.
Sorry 4 ur loss a lot of laughs with bob by a fire RIP bob Belushi