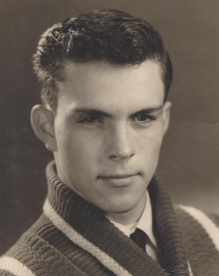 Beecher, WI – At age 76, Herman passed away peacefully at his home on Wednesday November 11, 2020, surrounded by his loving family. Herman was born in Kenosha on July 10, 1944; son of the late Herman and Gertrude (Afholderbach) Renschin. Herman was a veteran of the U.S. Army. He owned and operated Herman’s Auto Body in Kenosha for over thirty years. He enjoyed hunting, fishing, reading his bible, spending time with his family and worshipping at Northwoods Chapel in Pembine.

On August 15, 1987, Herman married the love of his life, Rose Martinez and they were happily married for 33 years. He is survived by his loving wife, Rose; five children: Natalie Lewis, Melissa Nudi, Kimberly (Robert) Picolo, Michele (David) Reinke, and Dustin Renschin; eight grandchildren: Christopher, Kaitlin, Tyler, Austin (Marie), Darian (Chris), Nicholas, Savannah, and Josephine; four great grandchildren; and two sisters. He was preceded in death by his parents and his son-in-law, Donald Lewis.

Memorial Service for Herman will be held on Sunday November 15, 2020, at Northwoods Chapel in Pembine at 2 pm. Pastor Clark Lindsay is officiating. Memorial visitation is from 1 pm until the time of service at church.

Due to Covid-19 the family respectfully asks that anyone in attendance please wear masks and practice social distancing.