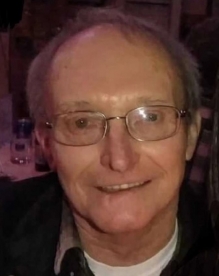 age 74 of Pembine passed away Friday, November 20, 2020, at the Oscar G. Johnson Medical Center. He was born in Norway, Michigan on March 22, 1946, the son of the late Henry Sr. and Shirley (Sundquist) Sacotte. Hank graduated from Pembine High School in 1964 and continued his education at UW Madison pursuing a degree in Civil Engineering. Hank enlisted in the United States Marine Corp in January, 1966, and served through January, 1968. He was a Vietnam Vet earning a National Defense Service Medal, Vietnam Service Medal, Vietnam Campaign Medal, Rifle Expert Badge and Purple Heart Medal. He worked at the Pembine Mine for many years where he also served as a Union Officer. In his younger years he was an avid golfer, hunter and fisherman. He enjoyed watching sports, especially the Packers, Brewers, Bucks and Badgers. His favorite pastime was karaoke, He had a great voice and enjoyed entertaining and spending time with his many friends.

A special thank you to the staff of the Oscar G. Johnson VA Medical Center, especially for the kind and compassionate care he received during his stay in the CLC.

A private graveside service will be held at the Pembine Cemetery, with Pastor Melissa Drinka officiating. Full military honors provided by the Pembine American Legion Post# 461.

In memory of Hank, please consider calling a family member, friend or neighbor, who might be feeling alone or isolated during this difficult time, to lend an ear or say hello.