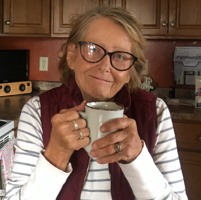 On May 10th, Mother’s Day, after a long battle with cancer Gloria Jean Loew, 66, of Wausaukee, went to be with our Lord. She passed away at home peacefully, surrounded by family. Gloria was born June of 1953, in Chicago to Helen and Ed Loew. She later moved to the Wausaukee area where she married the late Daniel ¨Boone” Dennis.

Gloria is survived by her daughter, Tina (Jerome) Pickett and son, Floyd Dennis. Gloria was also predeceased by her infant son, Edward, her mother Helen, her father Ed Loew, and her step-father Wilbur Naragon. She was also extremely proud to be called Grandma by 8 grandchildren: Marissa, Emily (Devin) Houser, Abygail, Cecilia, Benjamin, Kylee, Brayden, River, and one great-grandson Jackson. Gloria was also survived by her brother, whom she was very close to, Lawrence ¨Leaky¨ Loew. He took very good care of her and she treasured her relationship with him more than most knew. Gloria was also survived by her very special friends Annie and Debbie, partner in crime cousin Sharon, and her beloved protector Sparky. Gloria, or ¨Grandma Glor¨, as many people remember her as, spent her time being the ¨farmhand¨ to her brother, Leaky, and loved her animals dearly. She was fondly known as the ¨camp cook¨ every deer season and could make anything taste unbelievably delicious. She was known for her green thumb, loved the sunshine, country rides, birds, and always enjoyed a cold beer accompanied by family and friends with an Elvis record playing in the background. She will be missed deeply and lives on in the memories of many.

A Celebration of Life will take place on the family farm at a later date.