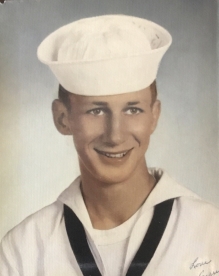 Gerry will be buried on Thursday February 3, 2022 at 1pm in the Amberg Cemetery.

Roubal Funeral Home of Wausaukee is assisting his family.

Our sincere condolences in the loss of your father and grandfather. We both knew Gerry from grade school days and remember all those good antics encountered in school! May you be comforted in your loss by so many good memories of him.
I’m so sorry for your loss, he was a great friend to my Mom
I’m going to miss you Uncle Gary