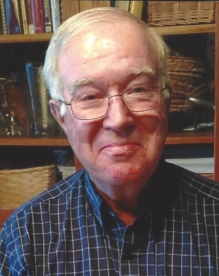 age 75, of Green Bay, formerly Pembine, died Tuesday March 3, 2020, at a Green Bay hospital from complications due to ALS. He was born in Daggett, Michigan on January 5, 1945; son of the late Robert and Mary (Matlock) Van Kirk. George was united in marriage to the former Linda Zuern on July 9, 1966, in Stephenson, Michigan. He served his country honorably in the Army and is a veteran of Vietnam. George was a Forester by trade for nearly 50 years and retired in 2015 from Franks Logging after 15 years. He enjoyed the outdoors, hunting, as well as spending time with his family and being a Grandpa.

Family and friends may call on Friday March 13, 2020, at Crossroads Assembly of God Church, W8134 County Road L, Pembine, WI from 1pm until the time of George’s Celebration of Life Service at 3pm. Pastor Greg Stevens will officiate. Full military honors will be provided by the Amberg American Legion #428. Burial will be in the Pembine Cemetery this spring.