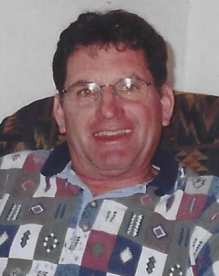 of Wausaukee, passed away peacefully at home on Sunday, January 24, 2021. George married Nancy Oeser on June 15, 1963. He was a graduate of the University of Wisconsin Madison, where he earned a degree in Dairy Science. After working for Hoard’s Dairyman Farm and several other farms in Wisconsin, he and Nancy purchased a 260 acre dairy farm in Sauk County, WI, which they called Stoney Ridge Farm. After farming, George began his own consulting business, Global AgriTech. He consulted in Somalia, Ukraine and the Russian Far East. He served on the board of the Friends of Muraviovka Park which is affiliated with the International Crane Foundation. His love of agriculture continued on into retirement. George became an Organic Farm Inspector, working for 9 different agencies, inspecting farms, gardens, and organic processing plants in North Dakota, South Dakota, Nebraska, Montana, and California. Most recently, he consulted for the Organic Agricultural Department of Montana, doing inspector reviews. George enjoyed spending time with his grandchildren, baling hay, gardening and helping friends and neighbors.

George is survived by his wife, Nancy, of 57 years. He is also survived by four children: George Russell V (Betsy) of Waterville, Maine, Rebecca Mellenthin (Ron) of Flagler Beach, Florida, Rachel Hanko (Kevin) of Kalispell, Montana, and Ryanne Deschane (Carlton Jared) of Wausaukee,WI; Ten grandchildren:Tyler Mellenthin, George Nicholas VI, Alexander, and Benjamin Danner, Amelia, Garrett, and Anna Hanko, Magdalen, Carlton II, and Christian Deschane. He is further survived by 4 siblings: Cynthia (Ernie) Carlson, David (Pamela) Danner, Dean (Boni) Danner, Lynne (Dave) Erbs and many nieces, nephews and friends. The family would like to express their thanks and appreciation for the gracious outpouring of love and support from friends and the community.

A celebration of life will be held at a later date.