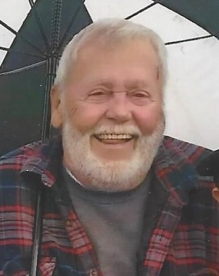 age 74, of Wausaukee, passed away Wednesday May 5, 2021, at Bellin Hospital – Green Bay. He was born in Green Bay on January 8, 1947; son of the late George and Mary “Lorraine” (Andersen) Polomis. He was united in marriage to Renee Clarke on October 14, 1972 at St. Augustine Catholic Church. He served his Country honorably in the United States Army. Fred worked for DeLaet Enterprises in Wausaukee for 15 years driving logging truck and then for Marinette County Highway Department for 23 years. He enjoyed golfing, playing cards, camping, and going to the casino.

Mass of Christian Burial will be 1pm on Thursday May 13, 2021 at St. Augustine Catholic Church in Wausaukee with Father David Schmidt officiating. Visitation is from 11am until the time of mass at church.