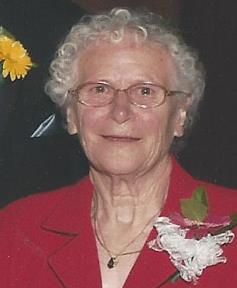 age 90, formerly of Wausaukee, died Tuesday at a Green  Bay Nursing Home.  She was born in Wausaukee on January 19, 1929; to the late Emil and Lucille (Bouillion) Jicha.  Evelyn was united in marriage to Louis Nowak Sr. on May 29, 1948, at St. Augustine Catholic Church.  Throughout Evelyn’s life she enjoyed gardening, cooking, and watching the Green Bay Packers.  Most importantly she loved spending time with her grandchildren and being around family.

Mass of Christian Burial will be 11am on Monday June 10, 2019, at St. Augustine Catholic Church in Wausaukee with Father Frederick Sserugga presiding.  Family and friends may call at church from 9am until the time of Mass.  Burial will take place in Evergreen Cemetery.

Evelyn’s family would like to send a sincere thank you to Dr. James Jerzak and his staff as well as to the GranCare Nursing Center for the wonderful care she received.