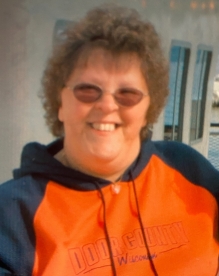 age 65, of Goodman, passed away unexpectedly on Saturday October 31, 2020, in Marquette, Mich. She was born March 20, 1955; daughter of the late Bernard and Betty (Thomaschefsky) Kevilus. Diane was united in marriage to Ronald Kalkofen on October 22, 1977. In 1977 the couple moved to Goodman from Argonne. Diane enjoyed spending time with her nieces and nephews and loved taking trips with Linda and Tammy. She will be thoroughly missed by those who knew her.

A service to celebrate Diane’s life will be held at a later date.