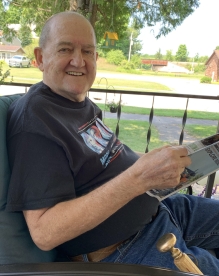 age 76, of Goodman, (formerly of Dunbar, WI) died unexpectedly Sunday September 11, 2022, at Froedtert Hospital with his family by his side. He was born in Whitewater on March 19, 1946; son of the late Forrest and Adele (Roe) Schultz. Dave attended Joseph A. Craig High School in Janesville and graduated in 1964. He furthered his education at UW-Madison, earning a B.S. degree in animal science in 1968. Dave met the love of his life, Diana Jamison in 1972 and they were united in marriage on September 11, 1976 in Somers, WI. Dave was employed at Kenosha Beef in which he held many management positions there until 1986 when he and Diana purchased the former Jerry’s Bar in Dunbar renaming it North Country Inn. After 35 years, Dave and his wife Diana retired on Sunday May 30, 2021 and were enjoying retirement traveling and spending time with family and friends. Dave was an avid story-teller and loved talking with everyone; he was a pioneer for the Dun-Good Riders Trail system and involved in many clubs and organizations as well. He enjoyed loving his grand-dogs, Roxy and Stella and Hades, trap-shooting, hunting, fishing, everything outdoors, gardening and traveling. Dave was an intriguing man with knowledge in so many areas. He was such a fighter through his many medical ailments and an inspiration to many.

Friends are invited to attend a memorial gathering at the Dunbar Sportsmen’s Club, N19087 Airport Road on Saturday October 1, 2022 from 9am until the Celebration of Life Service at 1pm. Pastor Gene Wickman will officiate.

The family would like to send their sincere appreciation to the hospital staff at Marshfield/DCH ER & ICU, Aurora-Green Bay and Froedtert ICU’s

Sending love and prayers....Diane....lots of good memories at your place....he will be missed....
Our heartfelt condolences to Diana and Dave's loved ones. What a wonderful family! The Bernard and Evelyn Thompson family's many trips to their Dunbar cabin over the past decades were all the more enjoyable because of the hospitality of Dave and Diana at the North Country Inn. God bless you all!
MY CONDLOENCES TO FAMILY. MANY GOOD MEMORIES OF DAVE, A BEER AND SHARING DEER, GROUSE AND MUSHROOM HUNTING STORIES..
I remember Dave as a very educated and kind man. He has helped so many over the years and was always willing to do what needed to be done. I pray for Diana and the Schultz family to have strength and love to handle this change in their lives. May your memory be eternal! Love you