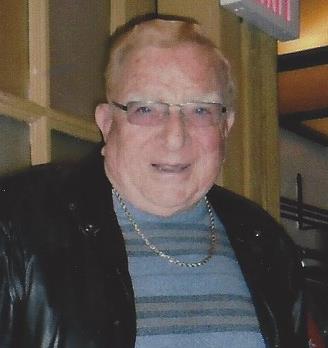 age 84, of Middle Inlet, passed away peacefully at home with his family by his side on Saturday January 26, 2019.  He was born in Marinette on February 14, 1934; son of the late Fred and Mildred (Johnson) Buechler.  Chuck grew up on a farm and attended Wausaukee High School.  He was united in marriage to Rose Marie Dolata on August 28, 1954.  Chuck worked on the High Falls Dam, at Kruoff Saw Mill, he was a truck driver for Carl Schroeder Sr., Marinette County as an equipment operator and then started his own logging business.  He also owned/operated the Silver Slipper in Wausaukee, and had beef cattle at home along with chickens.  He enjoyed fishing, running his bulldozer, spending time with his grandkids and attending the great grandkids sporting events and also loved cutting grass at his cabins and spending time gardening.

Visitation will be held at the Wausaukee Presbyterian Church on Saturday, February 2, 2019, from 10a.m. until time of the funeral service at 1 p.m. with Pastor Agnes Brady officiating.  Interment will be in the Pine Hill Cemetery this spring.