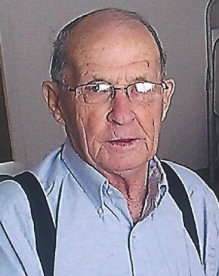 age 88, of Wausaukee, died Friday November 27, 2020, at Aurora Medical Center Bay Area. He was born in Cassville, Missouri on November 13, 1932; son of the late Clyde and Pearl (McKim) Walker. Charlie was united in marriage to Vesta for 62 years before her death. He was then united in marriage to Viola for the past 6 years. Charlie was a piece cutter logger for at least 25 years in Marinette County. He was also a musician and enjoyed playing old-time favorites at nursing facilities and local establishments. He was a member of Immanuel Baptist Church in Wausaukee.

A Graveside Service will be held Thursday December 3, 2020 at 2pm in the Amberg Cemetery.