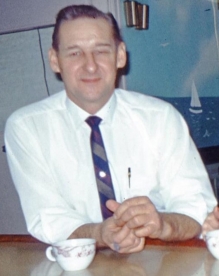 age 98, Pembine, passed away peacefully on Saturday, July 31, 2021. Charlie is now peacefully united with his Savior Jesus Christ and the love of his life Pauline. He was born in Chicago on December 8, 1922 to the late Charles and Mary (Stumbris) Jakups. Charlie always felt blessed to be born on the date of the Immaculate Conception and believed the Blessed Virgin Mary watched over him throughout his life. Charlie served in the U.S. Army during WWII and landed on Omaha Beach during the Normandy Invasion. He also fought during the liberation of France and Belgium. After his honorable discharge from the U.S. Army, Charlie returned to Pembine and married the former Pauline Newling on July 22, 1946 at St. Margaret Catholic Church in Pembine. Charlie and Pauline were married for 73 years prior to her passing in 2019. They owned and operated the Port Supper Club in Pembine for 43 years.  Charlie also co-owned and operated Jakups Oil Company in Wausaukee until his retirement in 1996. Charlie served as the Town Chairman and Town Supervisor for Pembine for many years and as a member of the Marinette County Board of Supervisors. He was very instrumental in developing the Lindquist Lake Town Park and beach area. He was also active as a member of the Marinette Elks Club and the Marinette County Tavern League.

Friends and family may visit after 11:00 AM Friday, August 6, 2021 at St. Margaret Catholic Church in Pembine. The Mass of Christian Burial will be celebrated at 1:00 PM with Fr. Quinn Mann officiating. Burial will be in the Pembine Cemetery following the Mass, with full military honors provided by Pembine American Legion Post #461.

Special thanks to the excellent care provided to Charlie by the staff of Reflections in Green Bay.

In lieu of flowers, a memorial fund will be established.