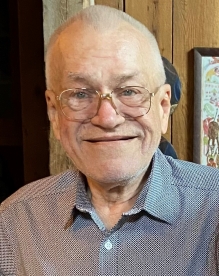 73, of Silver Cliff, died peacefully at home on Wednesday November 17, 2021. He was born in Milwaukee on February 12, 1948; son of the late Walter and Gertrude (Moczynski) Haluska. Bill joined the United States Army and was honorably discharged in 1969 with a rank of Sergeant. He married Nancy Kober on December 28, 1968. She preceded him in death on July 25, 2016. Bill was an avid hunter and fisherman. He was extremely proud of his “Taj Mahal” tree stand. Bill was a sincerely kind and generous man that would go out of his way to help everybody out. He was thoroughly proud of his children and enjoyed time spent with them.

In accordance with Bill’s wishes, private family services will be held.