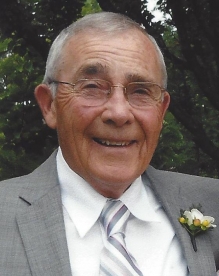 On Friday October 9, 2020, Bernard Watermolen, age 85, passed from this life to eternal life. He was born January 13, 1935 to Robert and Verna (Fabry) Watermolen. Bernard was a graduate of Green Bay East High School. He joined the U.S. Naval Reserve in 1953, then enlisted in the U.S. Army and served in Germany.

He married his life-long partner and love, Margaret “Peggy” Swearingen in 1954. For the next 66 adventurous years raised 5 children, enjoyed 9 grandchildren, and 6 great grandchildren. After his tour of duty, Bernard attended the University of Wisconsin, Madison. Through the years, Bernard was employed with the WI Department of Transportation, Brown County as the county’s first full time Surveyor, and Robert E. Lee Engineering Firm. He then decided to form his own Land Surveying business, which he thoroughly enjoyed until retirement.

Bernard was a member of the State of WI Land Surveyor’s Society, Wisconsin NE chapter of Land Surveyor’s. He also served on the WI Registration Board for Engineers, Architects and Land Surveyors, and also the Planning Board of Silver Cliff, WI.

Bernard retired to his home in his beloved north woods, where he and his family gathered throughout the years enjoying all that nature provided. He and Peggy traveled to many places. Bernie’s favorite was Alaska. Every winter they enjoyed traveling to Florida.

Bernie was an avid fisherman with many meals of brook trout served at his table.

Bernard was preceded in death by his mother, Verna; father, Robert; and brother, Jerry Watermolen.

Family Graveside Service will be held on Wednesday October 14, 2020, at the Silver Cliff Cemetery. Father Philip Dinh-Van-Thiep is officiating.

The family would like to give many thanks to Unity Hospice for their compassionate care and concern.

In lieu of flowers or donations the family recommends a contribution to the American Cancer Society.