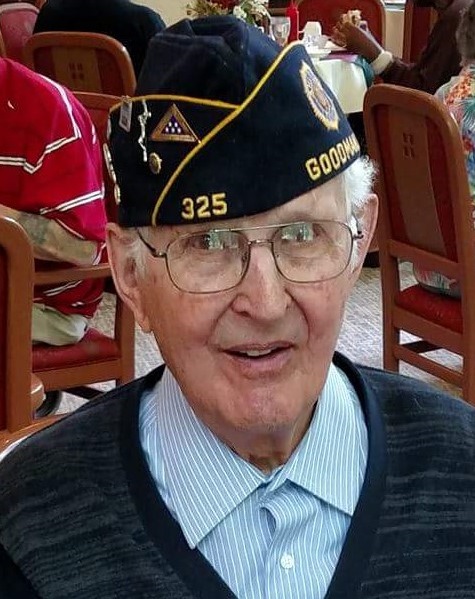 age 97, of Goodman, died peacefully Friday April 12, 2019, at the Bay at Northridge Nursing Home in Manitowoc.  He was born in Armstrong Creek on October 5, 1921; son of Jacob and Anna (Grandys) Fatla.  Barney was united in marriage to his wife Angeline on June 24, 1944, at Joan of Arc Catholic Church.  He served his Country honorably in the Army.  Throughout Barney’s life he enjoyed woodworking and spending time making firewood.  He always loved to have a good time and drinking his whiskey ol’fashion sweets.  He was very involved with the American Legion Post #325 and served as Chaplain for 27 consecutive years and was Legionnaire of the year.

Mass of Christian Burial will be at 11am on Wednesday April 17, 2019, at St. Stanislaus Kostka Catholic Church in Armstrong Creek with Father Timothy Brandt presiding.  Visitation is from 10am until the time of Mass at church.  Interment will be in the Glenwood Cemetery in Goodman with full military honors provided by the American Legion Post #325.